2018 Olympic Oakley Snow Goggles | What are the Olympians wearing? 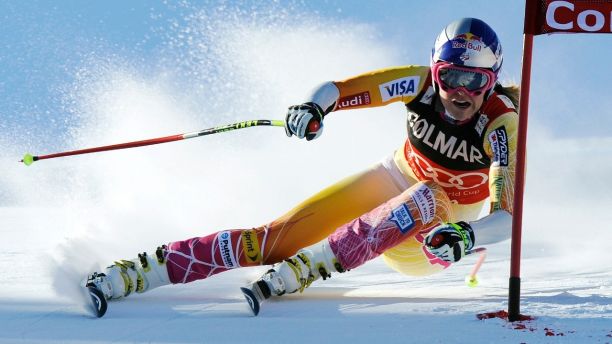 The Oakley Flight Deck is one of the most unique snow goggles that Oakley has to offer. The main visual feature that highlights this uniqueness is the large rimless design. This provides a distinct look in addition to a 180º peripheral view with PRIZM Lens Technology. On top of that, the Flight Deck uses a spherical dual lens which works like a dual pane window. The lens keeps cold air outside and keeps the warm air inside. This results in an anti-fogging effect that optimizes clarity on the mountain.

The Line Miner goggles optimizes Oakley’s superior design, fit and Prizm lens technology. Their cylindrical lens gives expansive peripheral vision to the user and the anti-fog coating provides clarity. The triple layer face foam utilizes soft, moisture-wicking fleece to increase the comfort level. The foam limits the movement of the goggles limiting irritation after a long day on the mountain. Overall, Oakley Line Miner is one of the most innovative in the market.

Red Gerrard is a U.S snowboarder and made his Olympic debut at the 2018 Olympics. In his first ever Olympic event he won gold in slopestyle. He is just 17 years old and wears the Oakley Line Miner goggle.

Chloe Kim is a U.S. Olympian phenom who, at the age of 17, won a gold medal at the 2018 Olympics. Taking home the gold in the halfpipe, Chloe wore the Oakley Line Miner googles and shocked the world with a near perfect score.

Jamie Anderson is a U.S snowboarder and a two-time Olympian. Wearing the Oakley Line Miner goggle, she was able to capture gold in slopestyle for back-to-back Olympics. Jamie also won the silver medal in Women’s Big Air at the 2018 Winter Olympics!

The Oakley Canopy goggles offer the field of view you need when hitting the slopes. The large lens design allows for an extended view of every angle on the mountain. The Oakley O-Flow Arch technology provides support around the entire nasal area allowing for better airflow and breathing when hitting the slopes. Plus, the triple layer foam will keep you more comfortable during the harsh riding conditions. In these high intensity situations, the foam prevents discomfort around your face.

Aksel Lund Svindal is easily recognizable as his 6’5 frame towers over most competitors. Aksel has won 4 Olympic medals throughout his career. During the 2018 Olympics, Aksel won the gold in the giant slalom while wearing the Oakley Canopy goggles.

Justine Dufour-Lapointe is a Canadian moguls skier and a two-time Olympian. Justine made history when she won gold and her sister, Chloe, won silver at the 2014 Sochi Olympics. Wearing Oakley Canopy goggles, she won silver in moguls at the 2018 Winter Olympics!

The Oakley Airbrake XL has Switchlock technology for easy lens interchangeability. This awesome feature allows you to adapt to any weather condition on the slopes. In addition, the Airbrake XL features Oakley’s outrigger system so that the goggles perfectly conform to helmet fit.

Mark McMorris is a two-time Olympian and has won 15 X-games medals since 2011. In 2014, McMorris won the bronze medal in slopestyle at the Sochi Winter Olympics. Wearing the Oakley Airbrake XL goggle, he won bronze at The 2018 Winter Olympics.

Max Parrot is a Canadian snowboarder and a two-time Olympian. Max became the second Canadian to win both snowboard big air and slopestyle in the same X games in 2014. Wearing the Oakley Airbrake XL goggle, Parrot won the silver medal in slopesyle at The 2018 Winter Olympics.

Get the Olympic Oakley Goggles at SportRx

Ready to gear up in the goggles worn by the top Olympians? Get all of the Olympic Oakley snow goggles in prescription and nonprescription here at SportRx. We specialize in quality prescription inserts for any needs you may have. Contact Us to talk to our certified opticians to answer any questions you may have related to Oakley snow goggles. SportRx also offers free shipping and returns on every order if you’re not completely sold on your order. Expect great service and leave with great lens here at SportRx.

What Goggles are the Olympians Wearing?