Kelly Reeves is kind of a big deal in the volleyball community if you didn't know. But, she didn’t only focus on beach volleyball her whole life, she thrived in indoor volleyball as well. Most people never knew she was born to be a volleyball star!

Getting to Know Reeves

Her mother Jeanne played at UCLA and is ranked 14th in career-high kills. Jeanne set the bar high by being named an All-American outside hitter during her collegiate years and later won a silver medal in the 1984 Olympics. Reeves followed in her mother’s footsteps by becoming a Bruin and advancing her career at UCLA.

During her indoor career, she won the NCAA National Championship in 2011, which is one of the toughest feats to accomplish in collegiate volleyball. She thrived as a multi-sport athlete, playing two seasons a year, sand and indoor volleyball. Reeves was 2013’s AVCA Collegiate Sand Volleyball All-American, which was the first-ever in UCLA history. Can you say WOW?! Now THAT is "gucci", as Reeves herself would say. 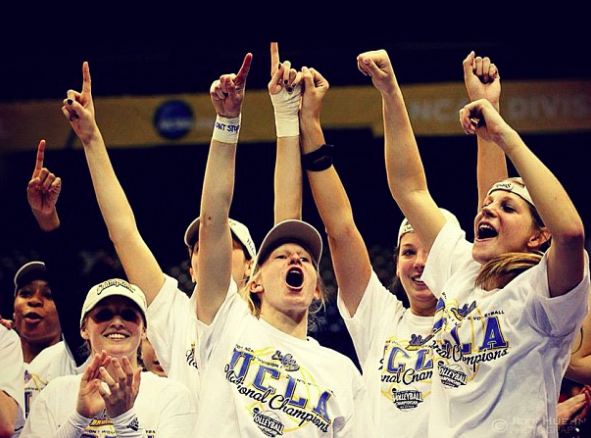 After college, she traveled to Guatemala to play for NORCECA. NORCECA is the North, Central America, and Caribbean Volleyball Confederation. Here, she claimed two gold medals and had five podium finishes. In 2016, she made her debut on the AVP Tour and was named Newcomer of the Year. What is the AVP Tour, you may ask? The AVP Tour is the association of volleyball professionals, where the most elite sand players compete for the highest ranking. In 2017, Reeves finished 17th in her FIVB World Tour and finished in third place twice on the AVP Tour. The FIVB is the international volleyball federation that holds a world tour. This past year in 2018, she finished ninth in the FIVB World Tour and again finished third in the AVP Tour. As such a new player in the professional world, she is quickly climbing to the top, setting new highs for herself each year.

Did you know you can follow Kelly Reeves every Tuesday to see her daily routine? Follow @Kellyreeves02 on Instagram to watch a typical Tuesday in the life of Reeves. You will be amazed, her days include a whole lot of volleyball, exercise, and healthy eating. No one said being a pro is easy! She starts her day by waking up two hours before her practice to prepare. For breakfast, she drinks a cup of coffee and either has oatmeal dressed-up with lots of fruit and almond butter, or toast with almond butter and banana on top. Practice time ranges from 8:30am to 12pm and she typically plays four times during the week. After practice, Reeves will rest her legs and eat a quick lunch before heading to the gym to lift and recover. Yes you heard me correctly, working out, AGAIN! For lunch, Reeves keeps it light since she isn’t done working out yet. She will snack on an RXBAR and have a small salad or a one-egg scramble with veggies to fuel up. 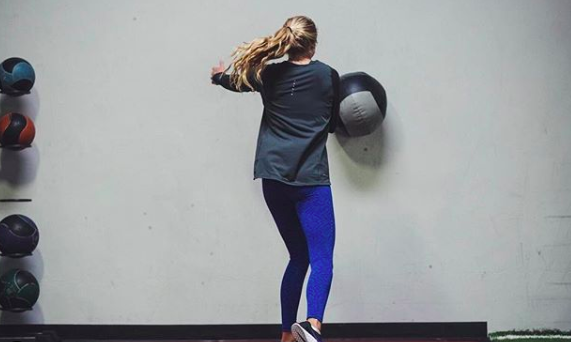 The Grind: On and Off the Sand

The rigorous schedule of a pro player includes lifting and conditioning twice a week and focusing on recovery three times a week. Recovery is especially important in season when constantly playing and traveling. Recovery ranges anywhere from stretching, mobility circuits, ice baths, and massages. Once Reeves finally gets home after her long day of working out, she enjoys her afternoon by testing out new recipes to cook for dinner! Her favorites are oven-baked salmon with avocado salsa, cauliflower rice, and a green side salad. Now that is one heck of a long typical Tuesday!

The Importance of Sunglasses During Beach Volleyball 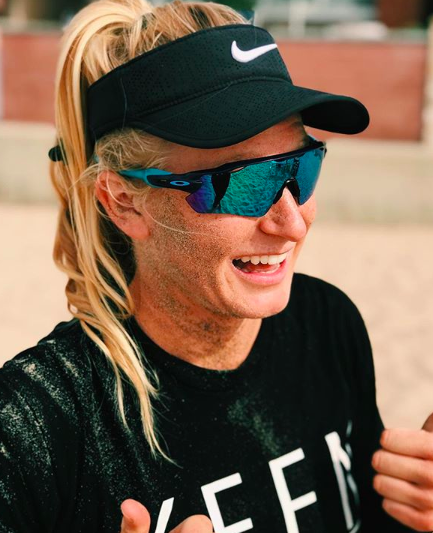 “Being a professional beach athlete, I’m in the sun a lot,” Reeves says. And those long morning practices in the sun require lots of sun protection. She wears tons of sunscreen and protects her face with a hat and sunglasses every time she plays. Sunglasses are an essential accessory for Reeves attire as a professional beach volleyball athlete. She typically wears Oakley sunglasses, including EVZero Pitch and Radar EV, but her favorite are JawBreakers with PRIZM Sapphire lens. Reeves herself said she loves wearing these because her favorite color is blue, and it makes her feel like her best self when competing, and “It’s all about the style!” Reeves exclaims. 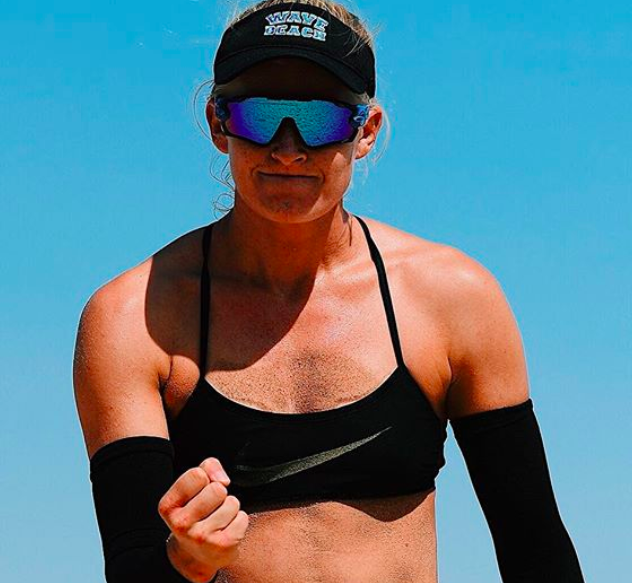 JawBreakers are Reeves favorite pair of glasses because of how big lens frame is. The wide frame and larger window make it easier to track the ball and read the game. It also gives her the full coverage and the sun protection she needs. The fit of the frame on her Oakley’s stay on well when moving around and she says, “I don’t have to worry about them falling off every play.” The air vents, or curves on the lens, allows for airflow, which helps during hot conditions, so the lens doesn’t get foggy during a long rally! Reeves says it herself, “These glasses don’t fog up, ever!”

One of the most important features people don’t know about is the changeable lenses, but Reeves sure knows! She has a variety of lenses and frames for the many different conditions since sunlight plays such a big factor in beach volleyball. With the Oakley JawBreakers, it is easy to change lenses and insert the right color lens you need for the time being. Oakley is a quality brand and Reeves admits, “Yes they are pricey, but they are well worth it and will last you a lifetime!”. Look cool while you be cool! 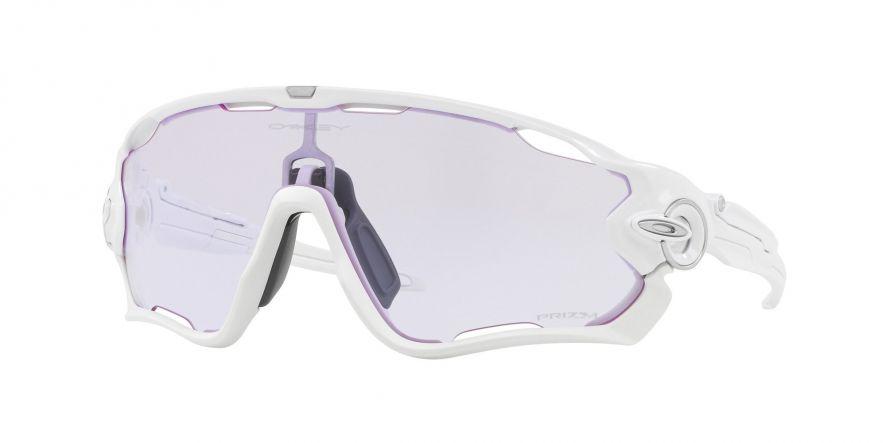 Want to wear Oakley's like a professional? Check out all the Oakley products SportRx has to offer and our nifty guide to lead you to the right ones. Need an extra hand in finding the perfect pair for you? Contact us and get in touch with one of our friendly in-house opticians who will set you up with killer shades.

Ditch risky online shopping with the See Better Guarantee. Try your sunglasses for 45 days. If you’re not satisfied, send them back. Get a full refund, exchange, or credit towards a better pair. And return shipping? Covered. Get your pair of prescription beach volleyball sunglasses at SportRx today!