This is Blast Radius Coffee 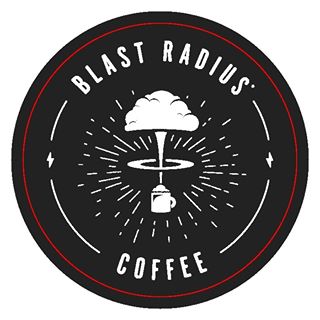 If you love caffeine, sports, or more likely, both, you want to know about Blast Radius Coffee. Developed by the late Mike Plant and Phil and Domenic Arcidiacono, it’s not your average coffee company.

Phil and Dom’s family has been perfecting coffee for 140 years in Italy. So, when the opportunity to partner in this venture with a fellow athlete presented itself, Phil enticed Dom from his beloved home in Florida to join him in California.

Thus, began the enduring friendship between Founder and President of MPA Event Graphics, Mike Plant, and the Arcidiacono brothers. After being drafted and serving in the Vietnam War, Plant settled in Pacific Beach, CA, where he soon established himself as triathlon’s greatest journalist.

This team dedicates themselves to creating high-quality, Italian-style coffee and espresso blends. They refuse to settle until they achieve a harmonious balance of great taste and caffeine; a kick that San Diego’s athletes will approve of.

As an athlete in the endurance industry himself, Phil was ready. He aimed to create a natural solution that boosts performance and helps you persevere when you just want to collapse. The result is Blast Radius; highly caffeinated coffee developed from a carefully selected blend of beans. Each bean brews separately to achieve the rich flavor and a smooth texture that is pleasant to drink.

One of the Blast Radius team’s main objectives is to leverage coffee to make genuine connections in the San Diego sports community. When SportRx hosted a stop for Bike to Work Day 2019, Phil and Dom set up bright and early to greet cyclists from all over San Diego.

It was a no-brainer for SportRx to partner with Blast Radius. We knew we wanted a vendor that would show up and impress. And they didn't disappoint - every pedal that rode through was blown away by their outstanding cup of joe.

Whether you’re fueling for a race, or simply want that buzz only caffeine can satisfy, get your hands on some Blast Radius. The Arcidiacono brothers concocted a blend that coffee lovers and athletes alike can get behind.