Vision is important to an athlete’s performance – even if it means resorting to conspicuous spectacles as they did in the days of Kareem and Eric Dickerson. However, times have changed, and glasses have gone from a functional necessity to a fashionable accessory. Just look at LeBron and Russell Westbrook, for example. 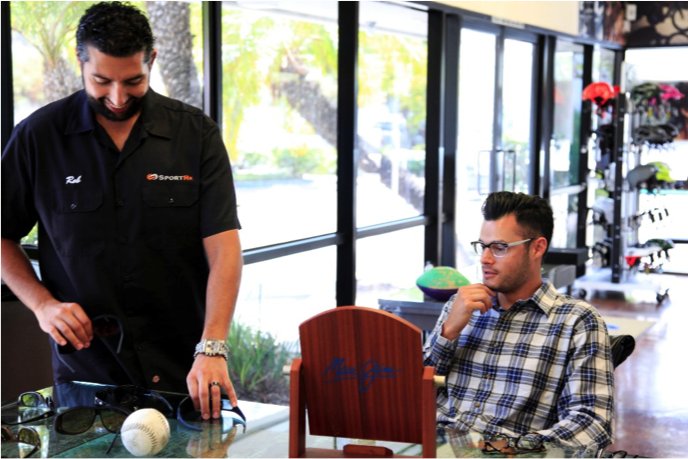 RHP Joe Kelly is the poster child for this functional fashion on the face. During the 3-game road trip against the Padres – virtually hours before being traded to the team he faced in last year’s World Series – the former St. Louis Cardinals pitcher visited SportRx's home office in San Diego. “I needed a direct source [to get glasses quickly],” Kelly explained, as he described how his glasses might “accidentally” get thrown from time to time when he’s having a bad day on the field. (Hey, sometimes the competitive nature of the athlete causes one to lose their temper – and their glasses.)

In an interview between Kelly and SportRx VP, Rob Tavakoli, the UC Riverside alum recollects his past reluctance of getting his eyes checked for the possibility of needing to wear a prescription, “I could have had a better college career if I would have had glasses,” says the Southern California native. While on the mound, Kelly required special “night signs” - even during the day - from the catcher because he was unable to make distinctions between fingers with regular hand signals. It wasn’t until the tail-end of his college career that Kelly gave in and paid a visit to the optometrist. 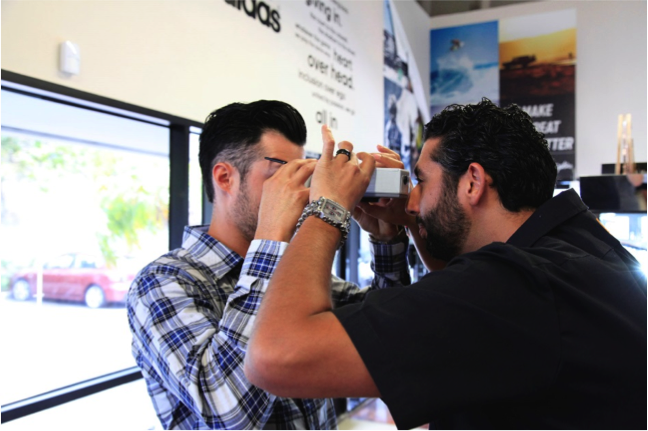 Ironically, after spending two years in the Major League, Joe Kelly went from enduring impaired vision and denying the need for prescription baseball sunglasses, to becoming known by baseball fans for his cool eyewear. “Everywhere I go, if I’m not wearing my glasses, they [fans] are like ‘where are your glasses?’” Glasses have paradoxically become a signature piece of Kelly’s wardrobe.

Although the MLB pitcher finds it a necessity to wear his glasses on the mound, oddly, he chooses to bat without them, “It’s kind of what I’m used to,” says Kelly. However, given his recent trade to the AL, prescription-less plate appearances are ironically no longer a question. 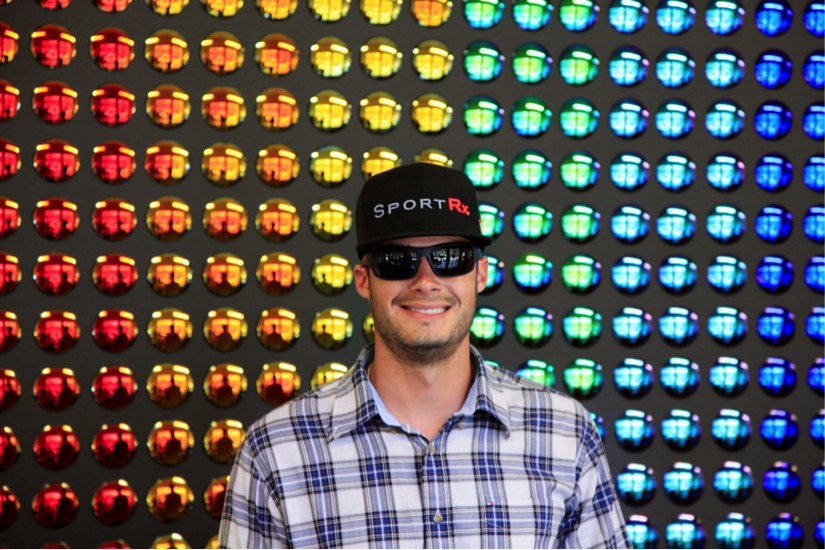 Upon visiting SportRx headquarters, Kelly decided this was the go-to company to handle his prescription eyewear needs moving forward, on and off the field. SportRx is outfitting Kelly with Oakley authentic prescription lenses for gametime in his Oakley Fast Jacket XLs, sprinkling some Smith Quinlan eyeglasses into his everyday eyewear collection, and also adding some Ray-Ban Erikas to his wife Ashley’s collection. It’s a good thing Kelly has been traded from the Cardinals to the Red Sox – his Oakley Fire Iridium lenses still match his red jersey.