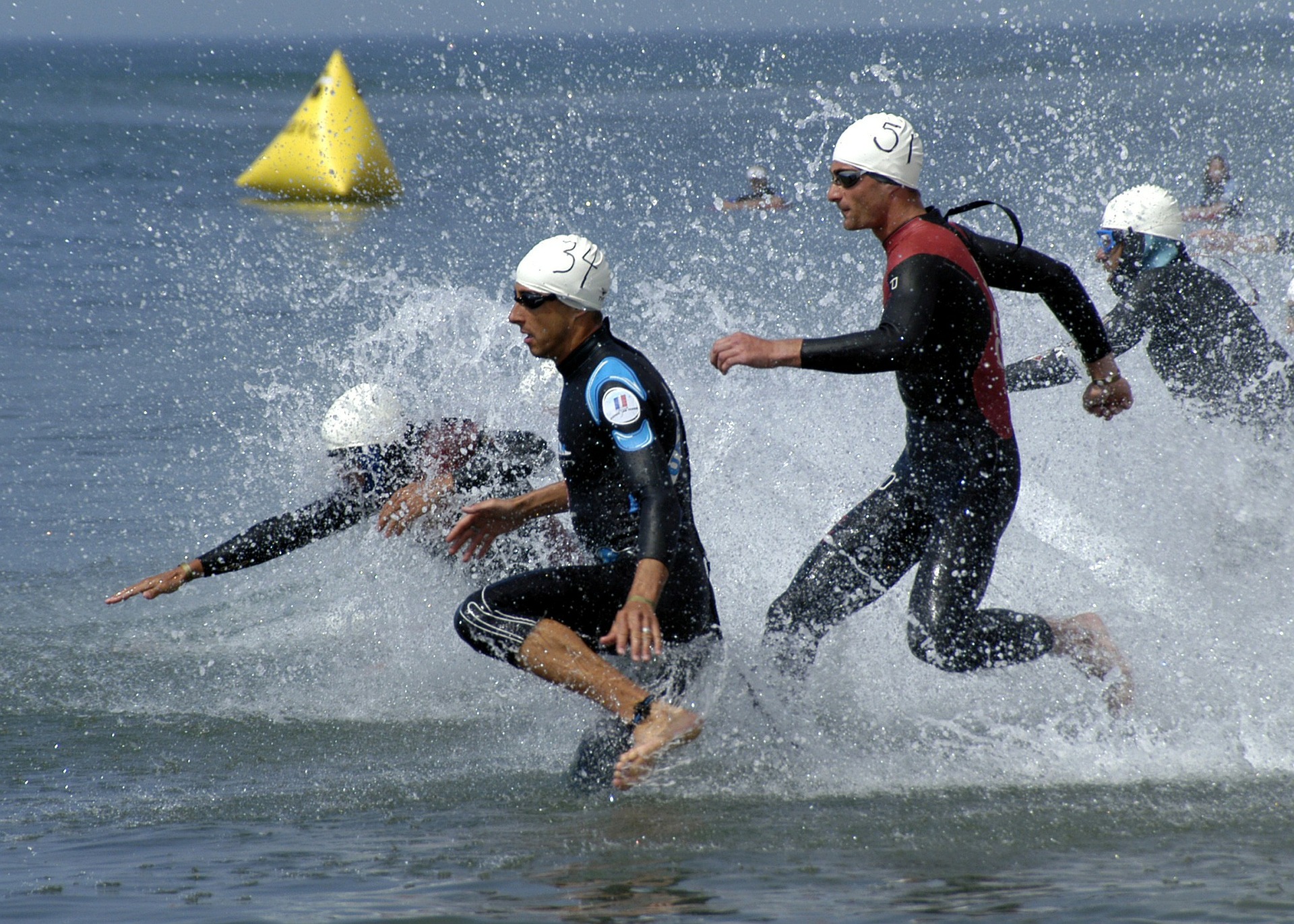 There's a lot that goes into a triathlon. Read on to check out some triathlon facts and figures!

Though a triathlon can be as long or short as the organizers and participants desire, there are five primary distances (official events have a margin of error of 0.5km), as follows:

The Different Types of Triathlons

Sprint—750m swim, 20km cycling, 5km run. This is half of the Olympic distance and considered to be the easiest for beginners to participate in.

Olympic—1.5km swim, 40km cycling, 10km run. This is the most common triathlon distance and what is used in Olympic races; Olympic athletes complete this race in roughly 2 hours.

Ironman—3.86km swim, 180.25km cycling, 42.2km run. You read that right. After an intense swim and a brutally long bike ride, you’re expected to run a full marathon. This race is most popular among athletes who desire something more than the Olympic distance, and participants have a max time of 17 hours to complete it.

Ultra—Anything longer than Ironman distance. These are few and far between. One such race, the Enduroman in Europe, is so difficult that only 24 people in history have completed it. This race involves a 140km run, swimming the English Channel (35km), and cycling for 291km, and is completed over consecutive days.

These distances range from “doable with some training” to “only for the most hardcore athletes,” which is part of what makes the triathlon so unique. The distances are up for grabs, and there aren’t many rules. A triathlon is a test of endurance, plain and simple, but how much you can endure is where the type of race comes in.

Breakdown on the Order

So why does swimming usually come first in a triathlon? It’s more of a matter of practicality than anything else—swimming is a weak point for a majority of athletes, so it’s used to thin out the competition for the bike race later and prevent cyclists from crashing into each other. Particularly in longer races like the Ironman, having swimming come later can be dangerous due to the potential drowning risk.

However, this order wasn’t always the case. The Mission Bay Triathlon, the first modern triathlon, consisted of a run, bike, swim, another run, followed by another swim, and one last run. Due to participants leaving their shoes behind for the swim, the second and third runs were done barefoot on grass and sand. And because of the layout of Mission Bay and the route, the two organizers planned, breaking the legs of the race out made more sense. Nowadays, it’s more practical for official events to have all the distance for one sport covered at one time.

Switching between swimming, biking, and running requires different muscles and equipment, so the transition can be difficult. Since transitions count into total race time, most triathletes, when training, focus on switching from swimming to biking (T1 or Transition 1) and biking to running (T2) to make them as seamless as possible. Nowadays, it’s also become common practice to wear clothing that can be used through all three legs of the race and reduce changing time down as much as possible.