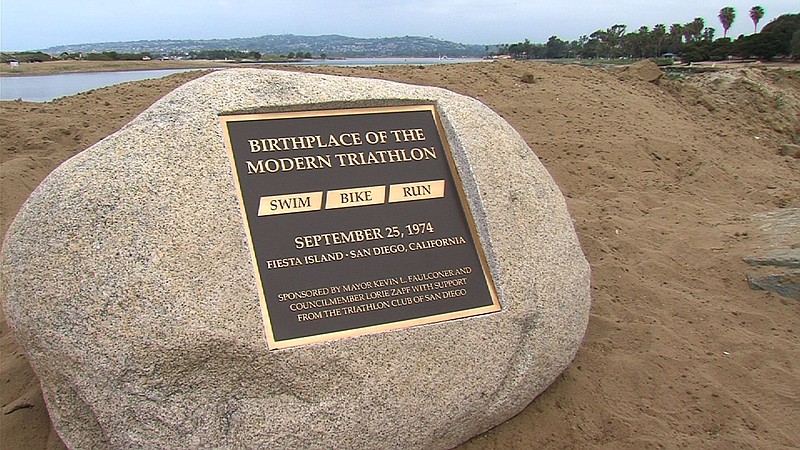 What comes to mind when you think of the word “triathlon”? Is it your test of endurance and your will in extreme conditions? Or maybe is it the enjoyment of combining swimming, cycling, and running into one race? Both interpretations are correct—the sport can be both casual and very competitive, and many variations of the rules exist. 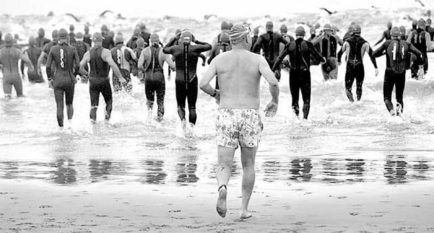 When Was the First Triathlon?

Triathlons started in France in the 1920s. It began with running and biking followed by a swim across the river Marne that the organizers dubbed “Les Trois sports,” or “The Three Sports.” Though this event enjoyed decent popularity and spawned several copycats across France, no official guidelines were set. It remained a niche sport until some 50 years later.

In the 1970s, two members of the San Diego Track Club, Jack Johnstone and Don Shanahan, established the first modern triathlon in Mission Bay, San Diego. Unaware that this French event took place decades prior, these two believed their idea to be original. In all fairness, it was. Nothing like this had ever been done before in the United States. Though the founders were worried it would be too niche for widespread popularity, they managed to garner 46 participants for the Mission Bay Triathlon held on September 25, 1974. Two participants in this first triathlon, Judy and John Collins, would go on to establish the Hawaii Ironman World Championship. This event is widely attributed as the reason for triathlon’s international success.

The somewhat bizarre idea of combining swimming, cycling, and running originated thanks to the two founders’ backgrounds. Johnstone joined in on the jogging craze in the 70s and soon found himself as an avid runner. He also had eight years of swimming under his belt. Jack signed up to participate in a biathlon, which is just swimming and running. He imagined he'd do better in a race that consisted solely of running. And boy was he was right. Jack decided to register a biathlon of his own at the San Diego Track Club. Together Johnstone and Shanahan combined this "weird" race idea and challenged themselves to something more.

It was Shanahan’s idea to add a cycling leg to this biathlon, which transitioned it to a triathlon. Though Johnstone was not too thrilled initially (thinking the bike leg would discourage signups), he warmed up to the idea and began encouraging fellow club members to participate. All 46 participants finished this first race, had a great time, and felt that they were onto something great.

Fast forward four years to 1978, the first Ironman race. In a conversation with friends, Judy and John Collins argued about who was the most fit between swimmers, cyclists, and runners. They had the idea of combining three events on Oahu to form a triathlon. This race would be far bigger than the ones they had been seen before. Though they only gathered 15 participants for this first race (12 of whom finished), it didn’t take long for the Ironman to pick up steam. It quickly became an internationally-recognized event. Today, the race in Hawaii (now in Kona) has become so competitive that participants must qualify by racing other Ironman events.

The triathlon continued to grow every year with the emergence of “triathletes” who considered this race their specialty. By 1989, the triathlon gained Olympic status, had official distances set, and was first featured in the Sydney Olympics in 2000.

Now that you know about the first triathlon, don't you want to race one yourself?