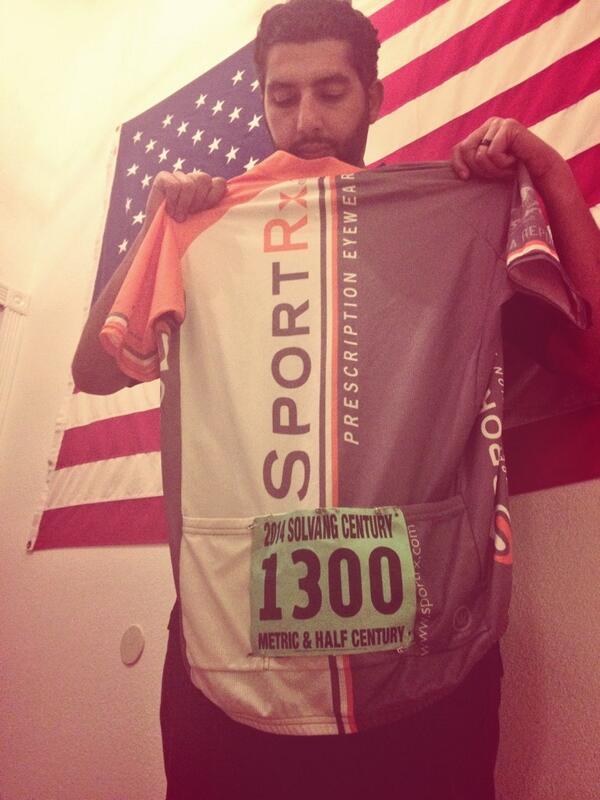 Solvang Century
It’s 6:30am and I’m shivering like crazy. The Solvang Century started off at 41 degrees – I’m a Southern California baby, so that was extremely cold for me. We knew it would be an 80-degree day by the end of the ride, so it was a challenge having to toe the line between being warm enough in the morning and having to carry extra gear later, or even worse, dump clothes on the side of the road. I just wore a base layer, jersey (of course my SportRx kit), arm warmers, and I took some full and short-fingered gloves. My fingers were still freezing for the first 30 miles. I was definitely not wearing enough gear, so I rode hard the first 25 miles just to stay warm.

After the initial cold shock, the weather turned out to be awesome. Solvang is usually a windy ride but this time there was virtually no wind at all. Beautiful wine country, minimal traffic, and to my surprise, I was surrounded by a whole lot of riders throughout the day. Usually, the pack thins out after about 40 miles, leaving you on a bare, isolate strip of road. So it was really fun to see other riders around for a change. 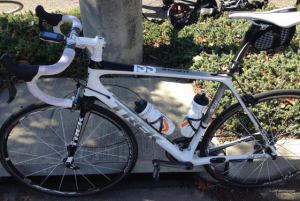 I came across a couple on a tandem bike. They were going about the same pace as me so we ended up drafting for each other. Drafting off a tandem is amazing…drafting off Big Rob is amazing-er. It’s rare that anyone helps out a tandem, everyone usually stays behind them; so they were really happy I did some work for them. Funny enough, it turned out to be a couple I made friends with the night before while I was in line to get my race packet.

So it turned out to be a successful ride, beautiful day, cool people, and awesome scenery. I would definitely do it all over again. I did end the day with a few takeaways.

THINGS I WOULD DO DIFFERENTLY 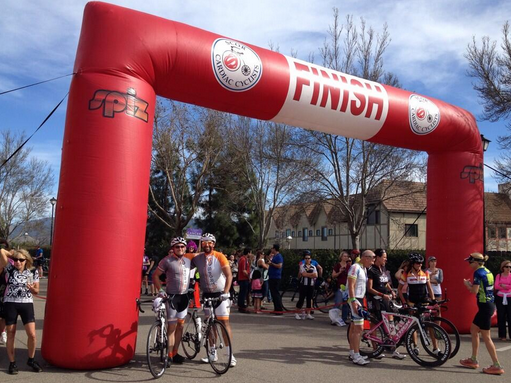