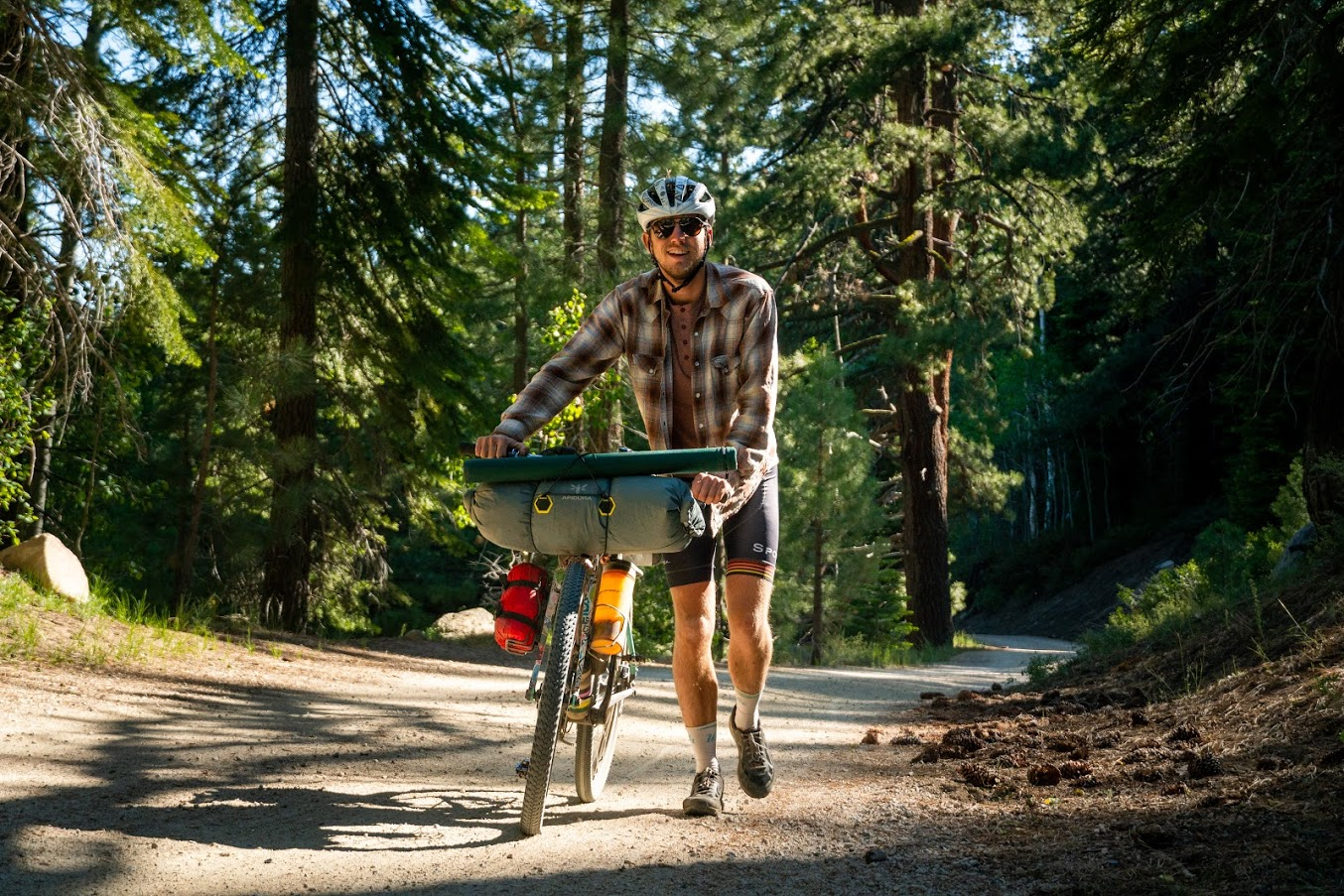 The best way to start a chat with a cyclist is to catch them mid-ride. Our guest this week Evan Christenson tunes into Happy Hour from Denver, Colorado riding through a park, with blue skies above, all while swerving around geese, in search of a bench to chat on. Evan is a SportRx friend and photographer, and he's currently working for gravel bike company Rodeo Labs. He's shot Graham riding his bike both in his car and while riding his own bike alongside him. With talent like that, we knew his years of cycling would intrigue all our cyclists fan out there. Read below and get to know this adventurer.

G: Let's get right into it. Tell us about your background in cycling.

E: So I started riding BMX when I was 5. I highly recommend it to any parents watching whose kids want to get into cycling. You develop so much bike control there and its a safe atmosphere. Then I started riding mountain bikes more seriously around the age of 10 and started racing them at 11 or 12. Then went on to get a professional mountain bike license. Unfortunately, I quickly burned out of that one which transitioned me into road racing and worked my way up those ranks raced for some cool teams; SDBC, UCLA Road, and a school over in North Carolina. Then it was a big explosion of I'm over this. I got to a point where I was annoyed just doing laps around a warehouse. Then I had a bad crash, broke my neck, and went to Nationals, had a good result but later that year I had a few more bad crashes on road races. So recovering from all those crashes are when those questions kept hitting like what am I doing? what is the bike's role in my life? I never really questioned it before that, it was always there. I was following too many people's rules on what the bike should do to serve me and once I realized that I just wanted to let it show me the world, I started touring.

I did a big tour across France. The next summer I did one through the Dolomites. And then I got this gravel bike here and thought what is this thing capable of showing me? So then I took that to Morocco on spring break, a week after getting it, and did 1300 miles in 10 days. It was so crazy but it was so fun. Once you start touring on a bike, not racing, not caring about a training program, or recording it by Strava you have time to slow down and meet the people on the side of the road. You let the wind blow you wherever the universe wants you to be that day. The bike has led me to a more genuine experience and foreign places, different countries, and even in my own backyard. Some of my best days on the bike were in San Diego. So I think riding a bike in a foreign place or on your own time affords you a pace and allows you to meet people that fill in the circle of what the entire country is about or your community or culture.

G: That's beautiful. That's what connects me to the bike. My parents used to lose me down the street because I'd take off on my tricycle but essentially even now I'm still that kid because I just wanted to know what was around the corner or what's over the next hill. It's great that you get to do this around the world and also catalog it with your camera. Your just a guy with a bike and a camera riding around the world telling stories. That's epic.

E: Yeah I think the camera helps me see the world differently too. If you're always looking for a photograph to take you're looking more intently. I've been taking a ton of photography classes since graduating 6 months ago but it's interesting to look at it from a more academic standpoint rather than just a hobby. It's been amazing. I hear it all the time that photography isn't just an art form, its a way of life. I think that totally holds true especially if you can bring that way of life and merge it with something else you're really passionate about it opens up a whole world of possibilities. The camera is a great way to highlight the world and see how it affects me and those around me. 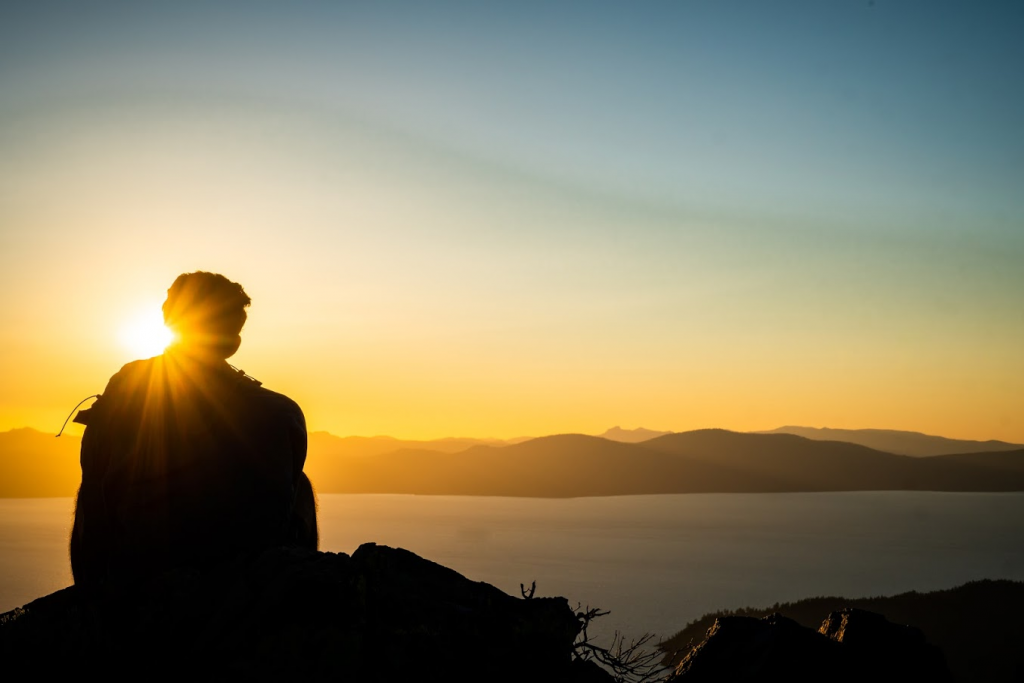 G: So you mentioned Morocco, was that your first bike-packing experience that made you fall in love with this form of travel?

E: So my travels in Morocco were mostly bike touring because I traveled very lightly and stayed in hostels. It's different from bike packing because that's camping and staying wherever you can that night. So then my first bike packing trip was after Morocco I did an overnighter in LA. Just in my local mountains, and just one night. I had always camped or rode my mountain bike but I had never combined the two. Bike packing has become much more prevalent because there are way more resources out there. So it's becoming easier to approach and now that I have this bike I felt more capable of doing it. And then I had all that time off and I took a 6-week trip to Uganda and bike packed for 1600 miles around the perimeter of the country. So that was my second bike packing trip.

G: That's wild, such a crazy transition to tackle something so large when you haven't done something even in the medium of those two trips. Definitely, a huge thing to take on.

E: It was very much a let me put my toes in this water, see if I like it kind of thing and then I just jumped right in.

G: Right into the ocean! So for our listeners who may be intrigued to get into this kind of riding, what would you put out there as your key advice on where to start and do first for a trip like this?

E: This is a whole different sport. You'll be miserable at times, dirty often. It is so hard, I'm not going to sugar coat it. But I will guarantee you, though it promises some low lows, it will give you the highest highs of your life. The best and the worst days of my life have all been bike touring.

A good place to start logistically though is bikepacking.com they offer so much great advice.

G: That sounds great! We have this growing discovery of the outdoors right now and a lot of people are getting on bikes. There's this new Muiresque mentality in a way to find a new escape to find something beautiful which is the most appealing aspect for me right now.

So you also do some car camping? Albert...tell us about him.

G: For everyone tuning in you can tour Albert on our Facebook.

E: So yeah my whole life is now camping. I haven't slept in a tent or my truck in quite a while. Its been really cool, I think one of the reasons I got Albert was to become a better platform to go bike packing. I drive him up the coast, I find a cool mountain, I park there and then I go bike packing that weekend. And that's how I've done it all summer. I've got to see some cool routes and really cool places. It was just super rad. We drove through so many national parks and they were unbelievably crowded. You were so right earlier that there's this new 'return to nature' feel out in the world right now. 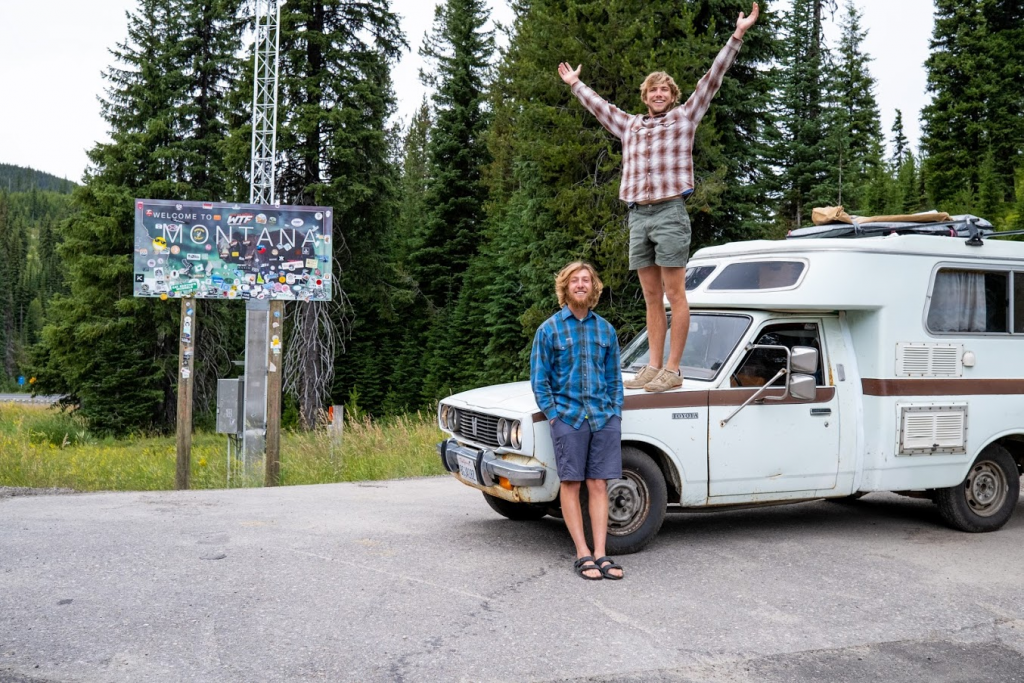 G: I think it will help a lot of people right now dealing with mental health issues by being stuck inside during quarantine. Just to go outside and connect.

E: Absolutely, just go play in the mountains for a while.

G: It helps you clear your mind for a bit and reset yourself before heading back into society. I think that's key.

So let's talk about your upcoming adventure the Baja Divide as we wrap up here!

E: Oh bro I can't talk about the Baja Divide just yet, when I get back we'll have the story. (laughter ensues on both ends)

G: Okay fine we'll have to have you on for a podcast when you return then!