The 2015 Classics season kicked off last week with the traditionally brutal Omloop Het Nieuwsblad race in Belgium. The race this year was designed to break the spirits of many, featuring 11 treacherous climbs, 10 brutal cobbled sectors, temperatures in the 30s and even rain. In the end, a small break of four proved that their were no obstacles on the course. This break included Sky’s Ian Stannard, and three Ettix-Quickstep riders, including last years Paris-Roubaix winner Niki Terpstra, and the legend himself, Tom Boonen. In the end it was a monster performance by Ian Stannard that capitalized on a cracking Etixx team.

The savage conditions of these classics races always push the riders, and their equipment to the absolute limit. Riders break under pressure, as does their equipment. Flats, dropped chains, and the occasional cracked carbon bit are all victims of the bellicose atmosphere, and their glasses are no different. It’s no coincidence that all four riders in the winning breakaway were rocking the same shade. 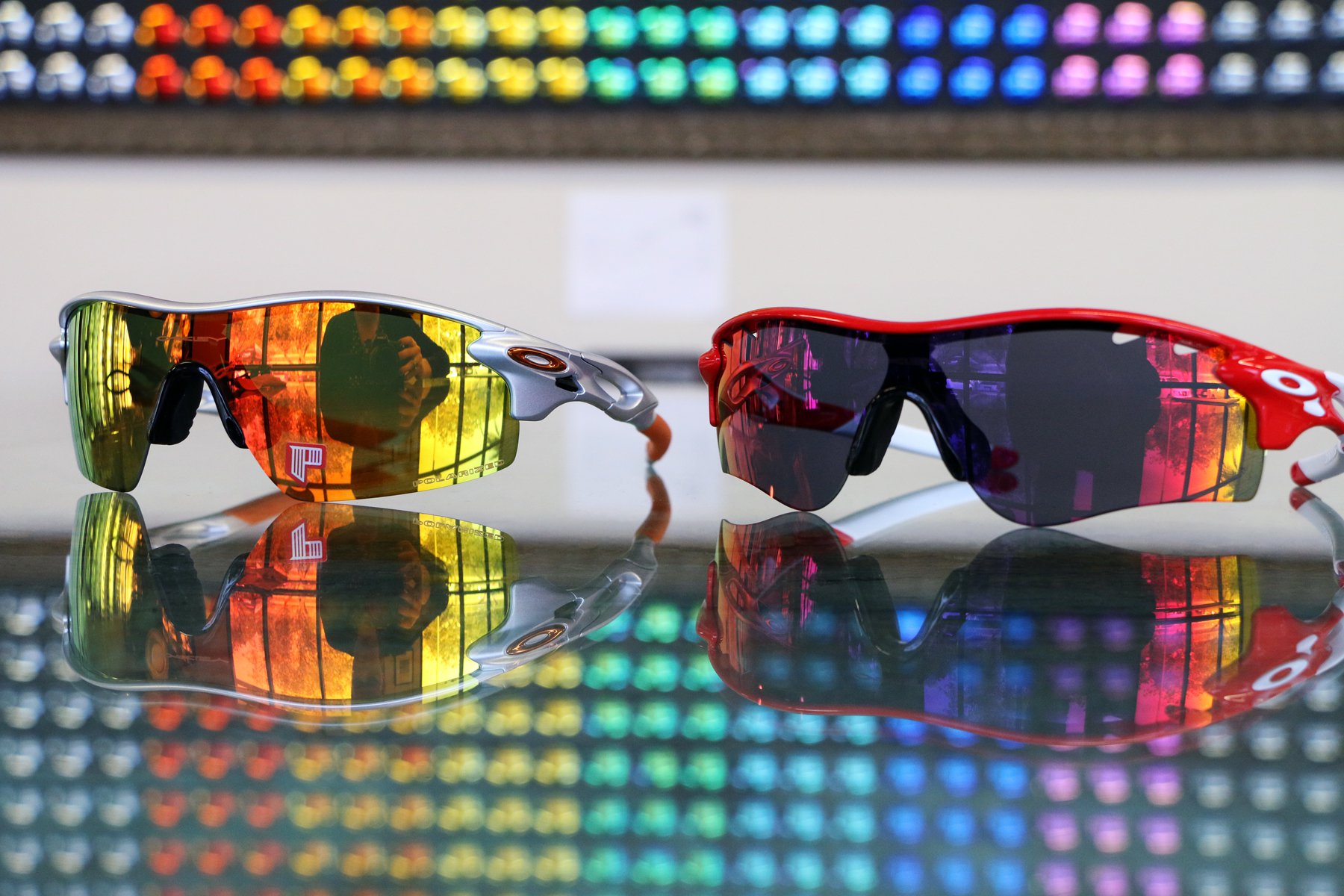 Oakley Radar sunglasses and variations are an undeniable king in the cycling community. The Oakley Radar has sat perched on the face of many champions since it’s birth. Last year Vincenzo Nibali took his Oakley Radars to a Tour de France yellow jersey. Nino Schurter has been wearing Oakley Radars for years, and dominated the XCO Mountain Bike scene in the mean time. Michal Kwiatkowski wore his Radars on his way to the Elite Mens Road World Championship last year as well.

Oakley Radar sunglasses are worn by professional cyclists for many reasons. They offer a non-slip grip with their silicone nose pieces and arms, but remain comfortable over the long days in the saddle. The Radar sunglasses also offer excellent wind protection and peripheral vision, to let you stay aero in the drops while still seeing where you’re going.

The added ventilation in the Oakley Radar Edge and Oakley Radarlock XL models keep fog out during frigid races, but keep you cool when the days settings are turned to “Broil.” It’s no wonder the same glasses that won the brutal Omloop Het Nieuwsblad were used just a couple weeks ago to win several stages in the Tour of Oman, where temperatures didn’t drop below 100F.

Bottom line: Oakley Radars offer everything pivotal to get you across the finish line first. Need 'em in prescription? We've got you covered. Have questions about prescription Oakley Radar or RadarLock sunglasses? Free free to call or LiveChat with us 7 days a week!