The 119th U.S. Open at Pebble Beach witnessed Woodland’s first major victory. The 35-year old Kansas native hasn’t finished in the top 10 of a major championship until last year, but managed to defeat the two-time defending champion Brooks Koepka. No one saw him coming! Here are the 5 things you need to know about our new champion Gary Woodland: 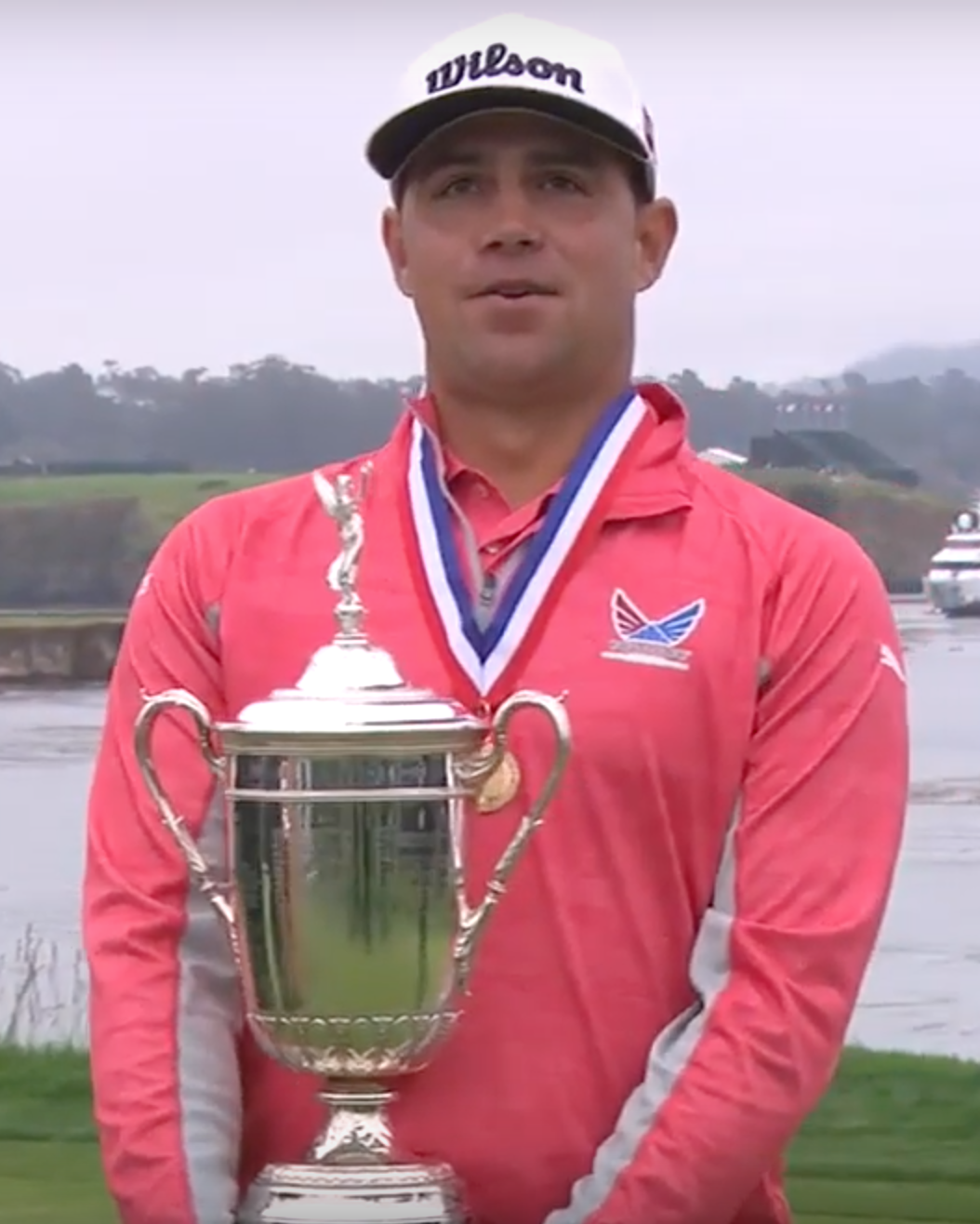 Woodland is known for his great lengths and powerful ball-striking. Even though he didn’t need to use his length driving powers at Pebble Beach, he is one of the biggest hitters on PGA Tour. He is 11th in driving distance, averaging 309 yards. When he first started playing golf as a kid, he went to the range and just hit the ball as far as he could. He didn’t learn how to play golf until later. So for all of you parents with little golfers, here’s a piece of advice: Technique is easy to teach, length is not, so take your kids to the range to hit those balls!

2. He Attended College on a Basketball Scholarship

Can you believe that this year’s U.S. Open winner used to be a college basketball player? He was a basketball wiz in high school and got offered a scholarship at a local college. However, during his freshman year, he realized that he could never get to the level to become a professional player. That is when he transferred schools and started his golf career. Woodland says that all he wanted was to be one of the top players, he didn’t care in what sport!

3. He Was in the Most Viral Video in PGA History

Have you heard of Any Bockerstette? If you are a golf enthusiast but have not heard of her, you must be living under a rock. Amy is the 20-year-old girl with Down Syndrome who shot a par on the 16th hole during a practice round with Woodland at the Waste Management Phoenix Open. Woodland was astonished by Amy’s incredible performance and her skills. Their video went viral and is now the most engaged video ever on the PGA Tour’s Facebook page. It is not a video of Tiger Woods, it is not a video of Rory McIlroy, it’s the video of the inspiring Amy Bockersttete!

4. He Took His Pants Off to Hit a Ball out of the Water at a Tournament

Before he won the U.S. Open, some might say that Woodland was best known as the golfer who took his pants off to hit a shot out of the water at the 2016 Honda Classic. Yes, you read that right. Woodland wanted to save his white pants from the mud by the water, so he decided to take his pants off. Unfortunately for him, his sponsors were not very happy about that, since his underwear didn’t have a visible logo of his business partners. Lesson to learn from this: make sure even your undergarments have visible logos from your sponsors, because you never know when the situation requires you to strip, even in golf!

Would you believe us if we told you that golf was only Woodland’s third sport? As a kid, he was a three-sport athlete and played basketball, baseball, and golf. It was only after he decided he wasn’t good enough for basketball that he turned to golf. Can you imagine if he went the other route? Maybe we would be seeing him dominating the MLB! 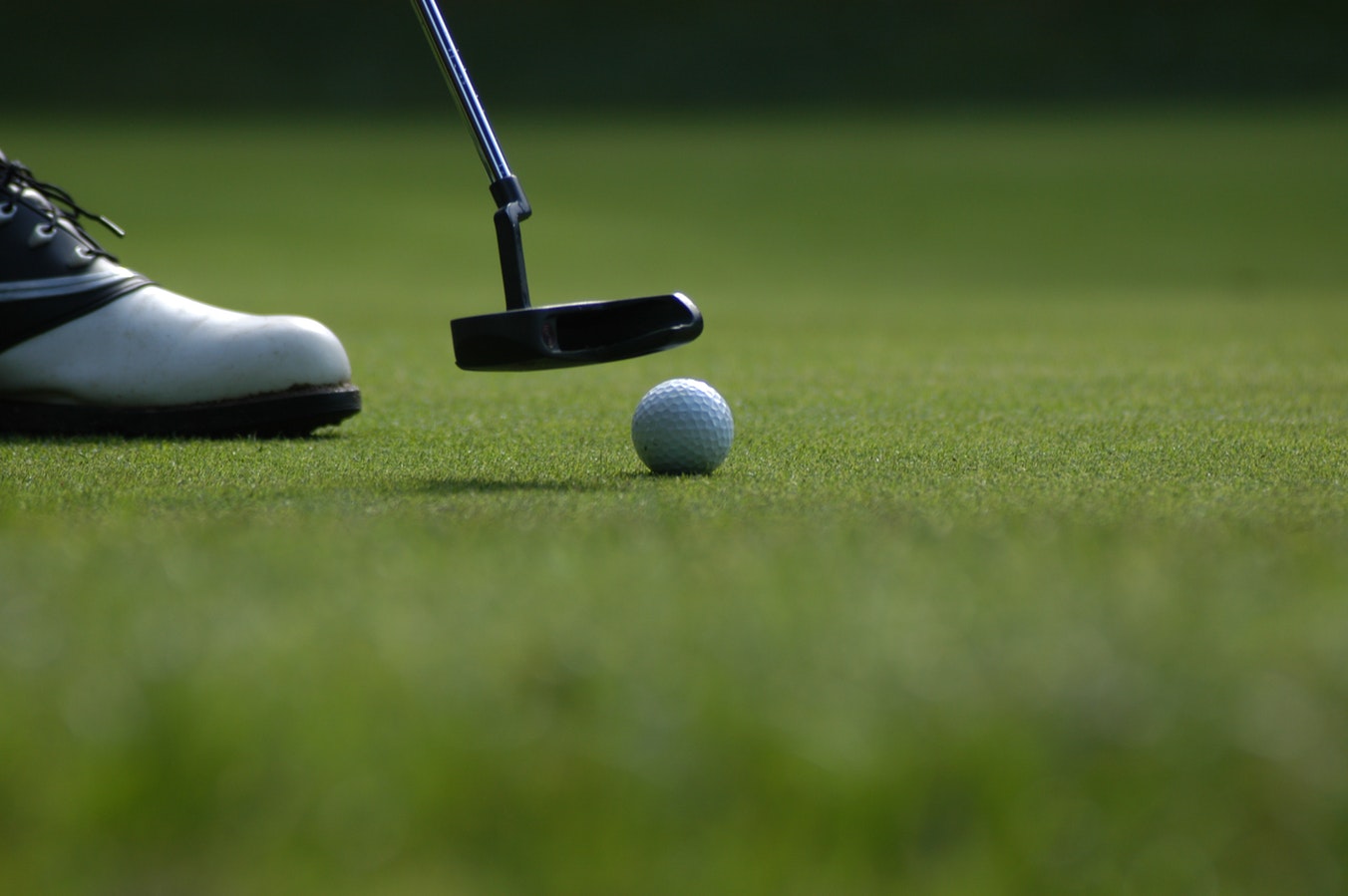 Gary Woodland surprised everyone by becoming this year's U.S. Open champion, but no one can say he didn’t deserve it. He was a late bloomer in golf but he achieved what he never has before and currently ranks 16th in the world. Woodland is a great player with an eventful career and we cannot wait to see what is next for him!