So what it's December 24th? It's never too late for some cool gift ideas. Plus, SportRx is chock-full of cool gifts for any season.

We asked our employees what was on their wish-list from SportRx. Company president, Dan, was looking to improve his hoop game with some Rec Spec Slam XLs. (We think they improved his shooting percentage by at least 100%!)

Collin, our web development manager, has been dying to hit the slopes in some Spy Platoon ski goggles. Although, as you can see from the photo, he really hasn't given it much thought... 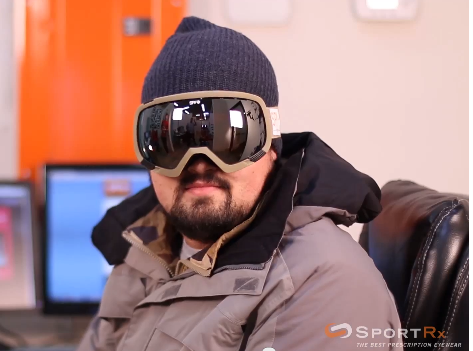 Collin Ready to Go in the Spy Platoons

See the full All I Want from SportRx video on our YouTube channel!